Dr. Glenn Paul Blodgett made his debut in Perryton, Texas, on December 21, 1948 and was raised on his family’s ranching and farming operation in Spearman, Texas.

Blodgett always had a strong interest in animals, and his fondest childhood memory was getting his first horse, “Smokey,” when he was 10. As he grew, his love for horses did, too. Fortunately, the family ranch manager, Dale Hawkins, nurtured that love by teaching him basic horsemanship but even more so how to handle a horse and work cattle. At the age of 12, Blodgett started to participate in the family operation more – driving tractors, combines and later grain trucks. But he always returned to the horses and cattle whenever time allowed.

Blodgett’s teenage years helped prepare him for the rigors of vet school and ranch management. When he wasn’t assisting the family with grain harvesting and ranching, he had an active extracurricular schedule filled with several sports, calf roping, team roping, band, and 4-H and FFA activities. He was an active member of the Spearman Chapter of the Future Farmers of America showing livestock. While in high school, Blodgett’s passion was cultivated as he had the opportunity to work with local veterinarian Dr. Hal Rinker, which helped him to settle on a career path to becoming a veterinarian.

After graduation from high school, Blodgett began working diligently toward his goals. He first attended his father’s beloved Texas Tech University for one year before transferring to Oklahoma State University, where he received a Bachelor of Science degree in Animal Science. From Oklahoma State University, Blodgett set his sights on Texas A & M University. He graduated from A&M in 1974 and began working at the Spur Veterinary Hospital in Spur, Texas. Two years later, Blodgett returned to his Spearman, Texas roots to open Hansford County Veterinary Hospital with Dr. Tom Latta.

In 1982, Blodgett began working for Burnett Ranches, which includes the famed Four Sixes Ranch in Guthrie, Texas, as the ranch veterinarian and manager of the horse division where he works today. The Four Sixes Ranch state-of-the-art equine breeding and production facility operates under the direction and management of Dr. Blodgett. Each breeding season 1,200-1,500 mares will be bred either on-site or with transported semen. The ranch currently offers the services of more than 30 race- and performance-bred stallions.

During his tenure at the Four Sixes Ranch, the ranch has become an industry leader, producing some of the most highly recognized racing and western performance American Quarter Horses. The ranch has earned numerous awards and distinctions, including becoming an AQHA All-Time Leading Breeder of Performance Horses and Race Money-Earners and Winners. In 1993, the ranch won the prestigious AQHA Best of Remuda Award.

Blodgett’s professional contributions are immense. He has been committed to the betterment of the American Quarter Horse breed and steadfast in his involvement dating back to 1991 when he began serving Texas as an AQHA Director. He has served as chairman of the Stud Book and Registration Committee and also served on the AQHA Hall of Fame Selection Committee from 1995 to 2009. In 2011, he was elevated to director-at-large and in 2012 was elected to AQHA’s Executive Committee. In 2015, Dr. Blodgett served as the AQHA Executive President.

His service to the industry has reached beyond the AQHA. As a member of the American Association of Equine Practitioners for 41 years and received the AAEP Distinguished Life Membership Award in 2016, Blodgett has served on the organization’s Board of Directors as well as the Racing Ethics and Ethics Ad Hoc committees. In addition, Dr Blodgett served on the first Texas Racing Commission and served as the commission’s vice chairman from 1993-1995.

Dr Blodgett has been recognized on numerous organizations. In 1990, he was named the Equine Practitioner of the Year by the Texas Veterinary Medical Association; in 1991, he received the AQHA Register of Merit Award; in 1992, he received the Joan Pew Award from the Association of Racing Commissioners International; in 2004, he was awarded an adjunct professorship in the Department of Large Animal Clinical Sciences at Texas A & M College of Veterinary Medicine & Biomedical Sciences; in 2006 Oklahoma State University Graduate of Distinction in Animal Science; in 2011, he was named the Outstanding Texas A & M University Alumni; in 2012 he received the AQHA Racing Council Special Recognition Award; in 2013 Dr Blodgett was inducted into the Texas Hall of Fame; in 2017 he was awarded the Golden Spur Award by the National Ranching Heritage Center; in 2019 he was inducted into the Texas Cowboy Hall of Fame.
He also continues to share his knowledge and experience with the next generation. He teaches at Texas A & M University as an adjunct graduate faculty member, and he mentors 25-30 senior veterinary students each year at the Four Sixes Ranch.

With all his accolades some may think that his personal life would pale in comparison, but that assumption could not be farther from the truth. Blodgett married his high school sweetheart, Karen. Married for 51 years, Glenn and Karen are also co-workers as Karen is the office manager for the horse operation at the Four Sixes Ranch. They have two daughters. Blodgett’s family is of the upmost priority, and at the end of the day, more than anything, he is proudest of his family and wants to continue to be a good husband, father and grandfather. 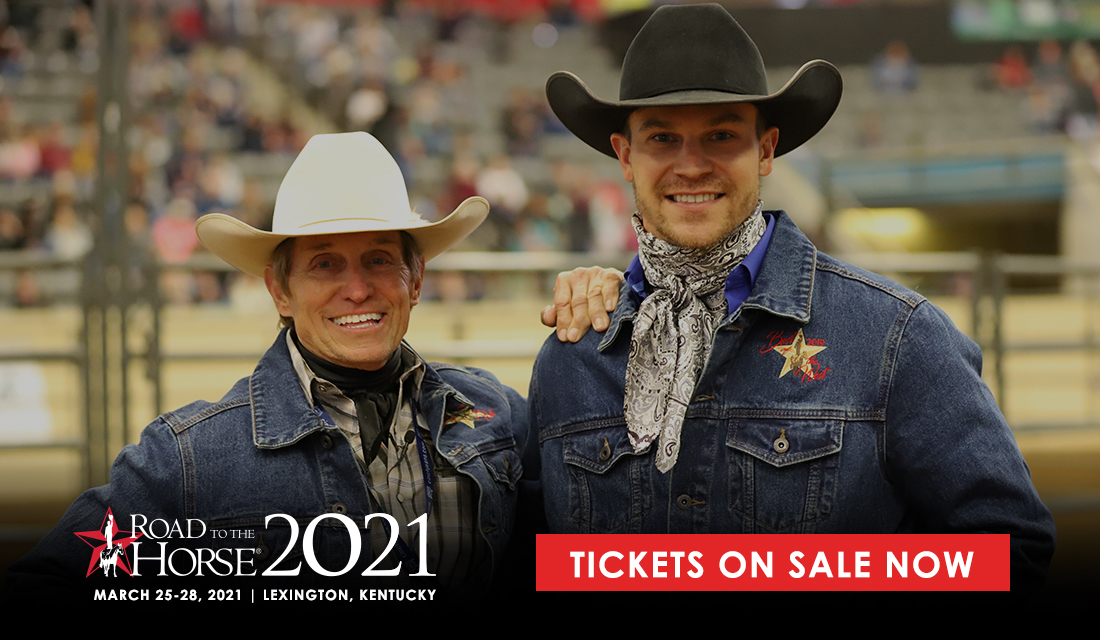